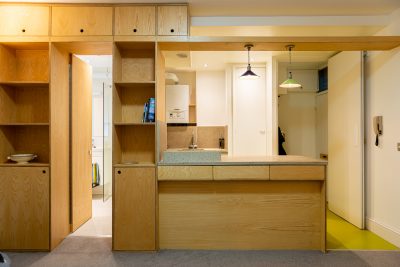 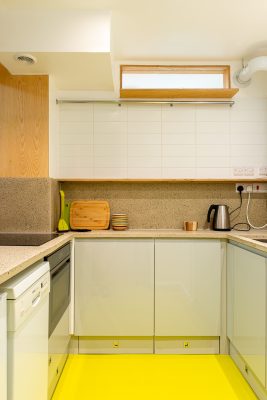 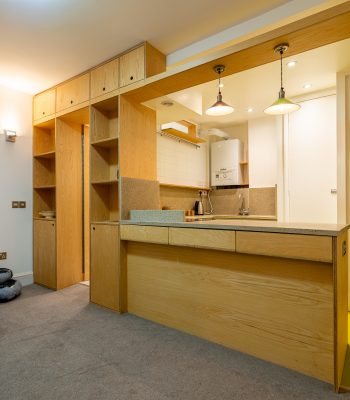 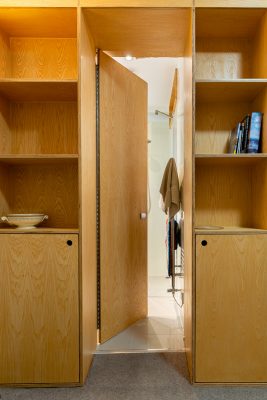 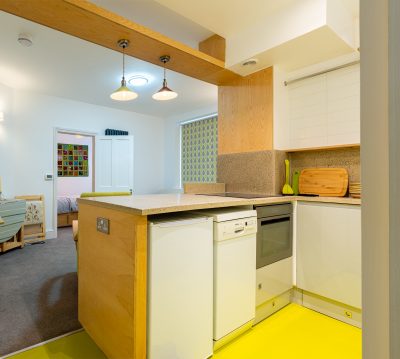 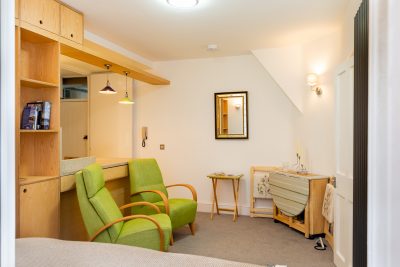 This project presented the challenge of making the best use of a small space. This compact flat in Kings Cross was made to feel even more so by being subdivided into distinct kitchen and living rooms. The layout was further hampered by having to enter the bathroom through the congested kitchen.

The solution was to open up the wall between the kitchen and living room, to design a far more functional kitchen layout, to create a new door position into the bathroom, and to design a distinct and practical piece of built-in furniture.

The line between the kitchen and living room is now defined by the insertion of an ash veneered ply storage wall and a kitchen island that is now the defining feature of the flat. This also houses the new door position into the bathroom, which utilises the same material as the cabinet. The long horizontal element emphasises the different areas as well as practically concealing cables for two pendants above the island and could also be used for storage of pans etc.

The idea for the storage wall also was born of the very practical goal of concealing an existing waste pipe that came down into the living room from the flats above. That is now hidden away in the top panel of the cabinet with insulation to stop any noise.

As well as the ash veneered ply, other materials include a bright green rubber floor in the kitchen, concrete worktops and splashbacks utilising a recycled plastic aggregate and simple white tiles.